Help for deciding when to “let it go” 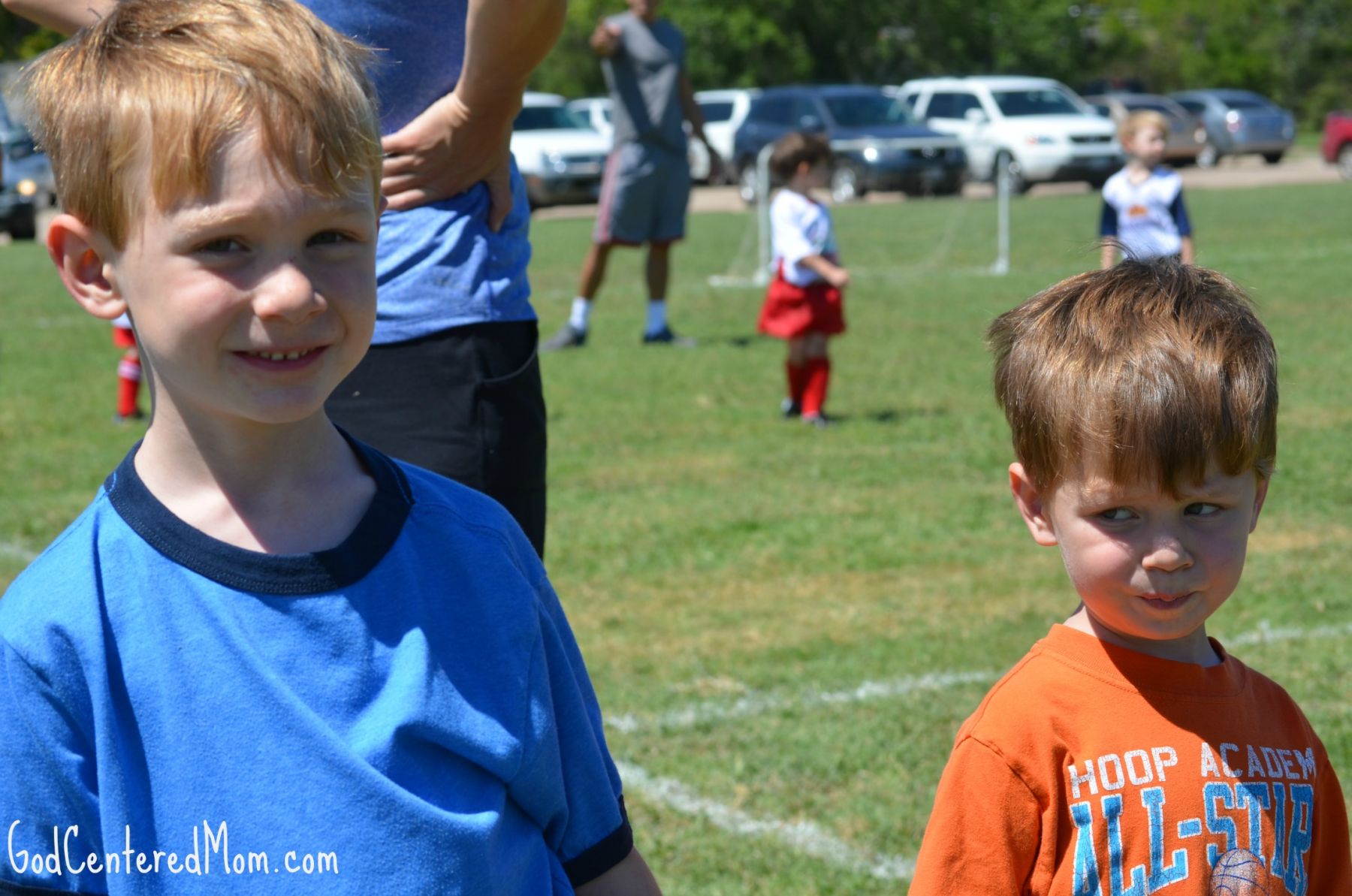 All the boys were rough housing, laughing, and chasing one another. Until Quade fell over and Price with his soccer-kleat-wearing foot accidentally stepped on Quade’s chest. That was the end of the laughter and the beginning of accusations and mud-slinging.

My husband quickly grabbed the injured brother and took him to our car. The other brothers followed while I packed up our stuff from the soccer field sidelines and loaded the baby in his car seat.

By the time I sat in the passenger seat anger (fortunately not mine) filled the car.

I attempt to make things right…”He isn’t calling you a baby. He said you told him not to cry baby tears…(insert Charlie Brown’s teacher’s voice:) woh woh woh woh”.  By getting involved I ended up making things worse. The boys aren’t calming down but getting more frustrated.

Then in a loud energetic voice my husband said, “It doesn’t matter who did what, all I know is…that was A LOT of fun, guys! Price you scored your first goal in your first game on your fifth birthday! And the weather was fantastic. What a great day! Right?” 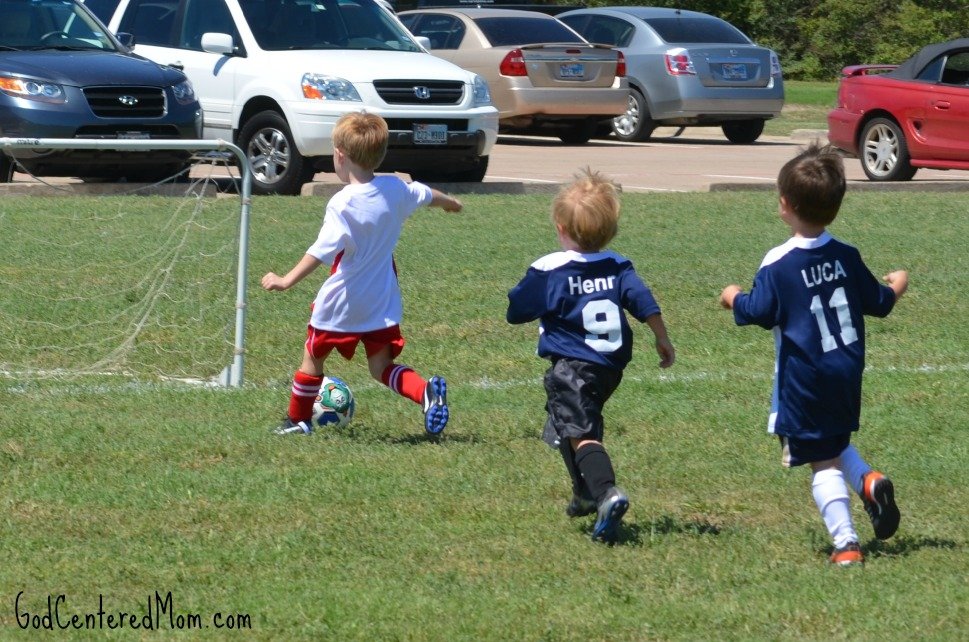 He did it…GOOOOAAAALL for daddy!!

Bruce easily transformed the negative tone to positive with his exuberance and confidence. And 10 minutes later laughter returned to our little family. Starting with Knox, the baby. He laughed out loud while Price made faces at him. Price called out numbers and Knox laughed louder. Watts joined in hoping to prompt a giggle. Of course, Quade couldn’t resist calling out, “Six thousand, five hundred and forty-two”.

Later when I’m alone with my husband I ask, “I really need to know, how did you do it? How did you easily change the tone in the car? I just can’t alter the mood. I get caught up in justice…resolving the conflict…training and making it right. I just can’t let things go!”

He responded by encouraging me…saying it’s good I want to resolve conflict…if the behavior is a structural issue. But since in this case it was a cyclical issue we just needed to move on.

Excuse me, what? Structural? Cyclical?

My COO husband responds, “Yeah, when a situation comes up at work I have to decide if it’s an issue that will fix itself (cyclical) or needs to be addressed and corrected (structural). In this situation, I think the boys were messing around, the injury wasn’t intentional, the anger and frustration came from exhaustion and it wasn’t really a structural issue.” (he is very wise) 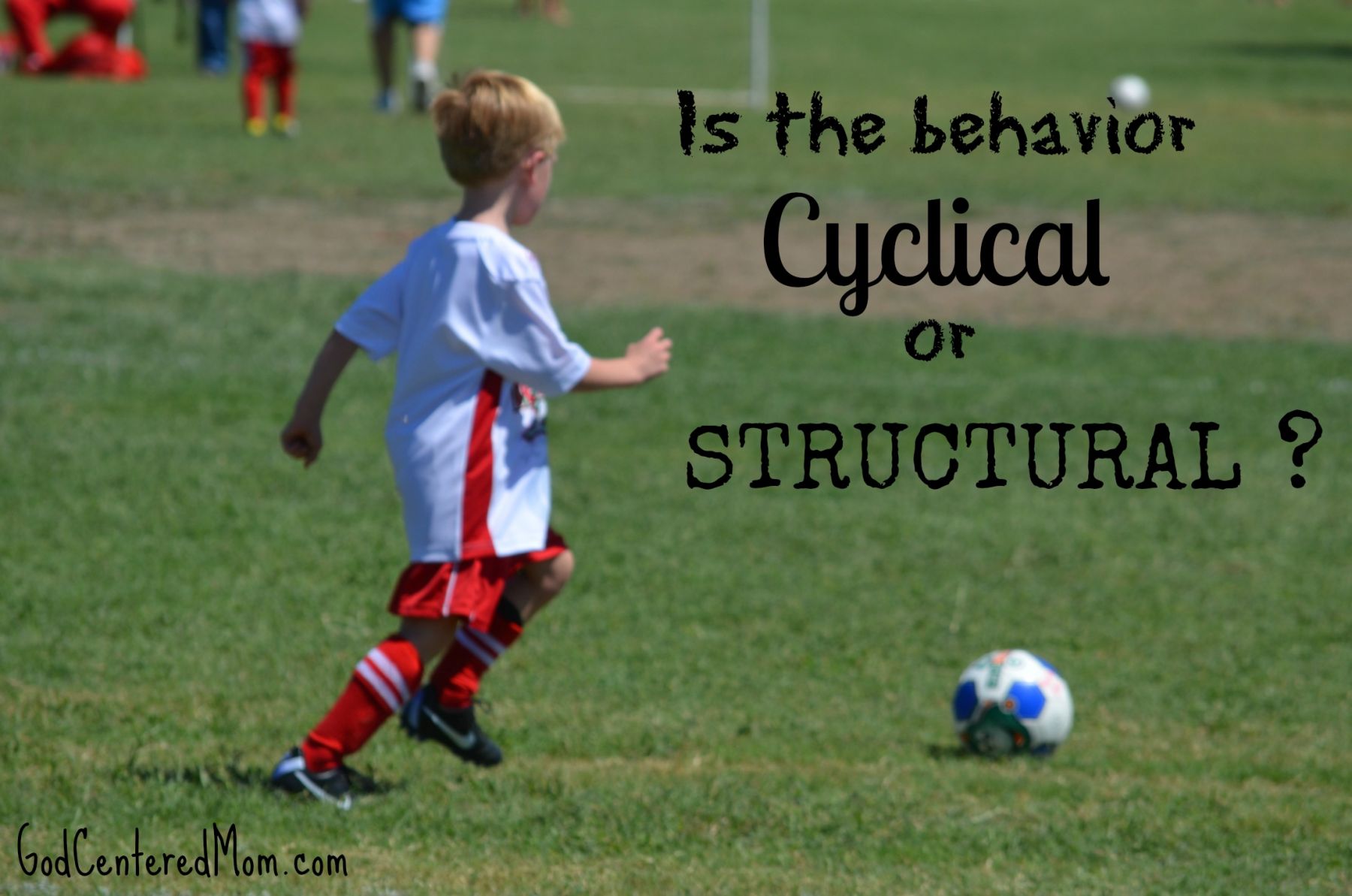 I’ve heard something similar about personality vs character issues. Here is my summary:

There were times Jesus recognized the disciples would never understand him & his ways.  After all they were sinners and human, limited in their ability to comprehend…so he didn’t address those issues (cyclical). Other times the disciples were way off-base and needed correction…a structural problem.

Peter, like all of us, struggled with a few things. One was his faith (denying Christ 3x; sinking when trying to walk on water…”Oh you of little faith” Matthew 14:31) and the other was his jealousy of John, the disciple whom Jesus loved.

God had big plans for Peter…to spread the gospel & further the Kingdom. In John 21 (after crucifixion & resurrection) Jesus asks Peter 3 times: “Do you love me?” and each time Peter replies, “Yes, you know that I do”. 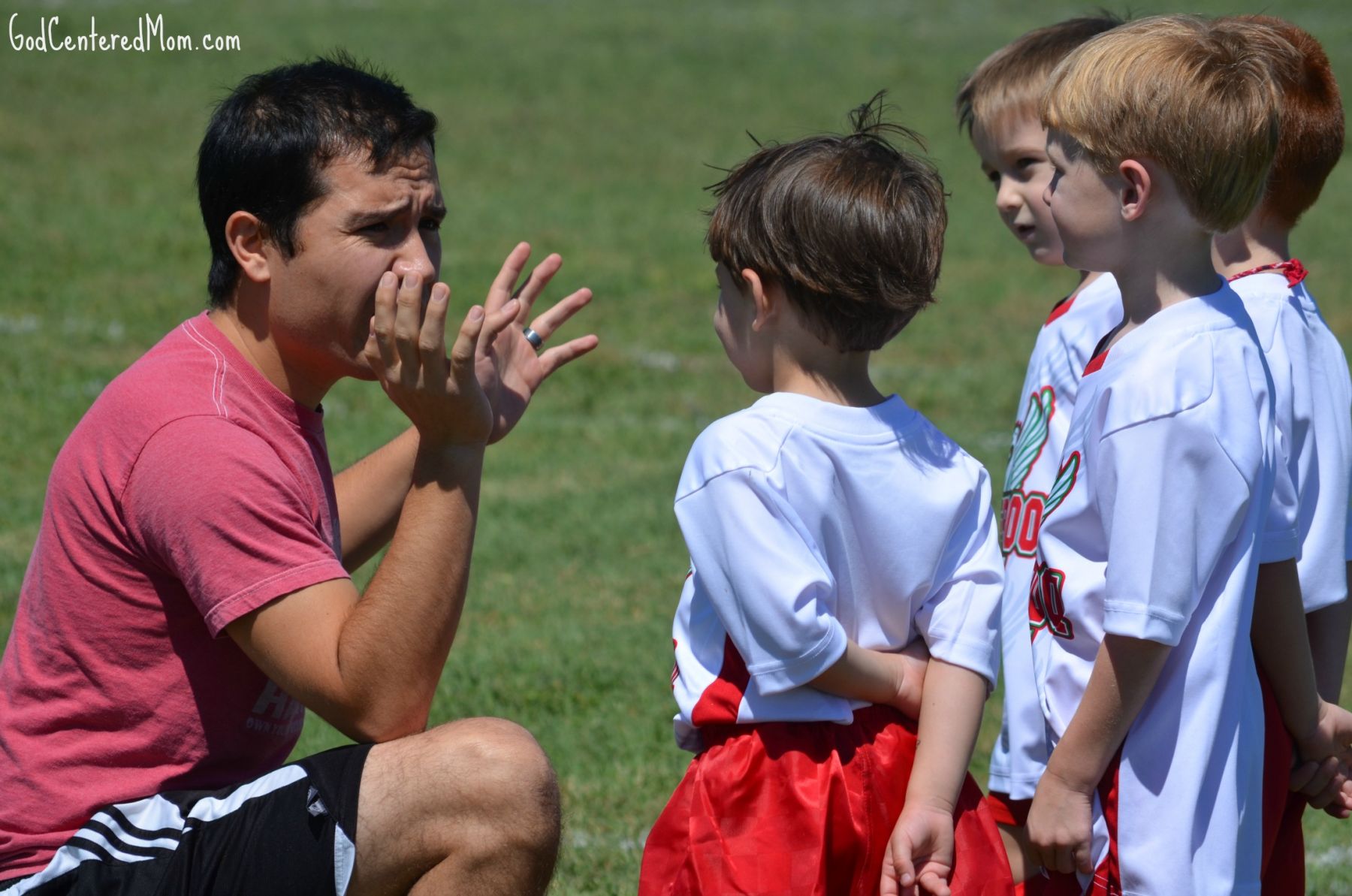 For each of Peter’s responses, Jesus gives him a focused command: “Feed my sheep“…”Take care of my lambs”…again “Feed my sheep”. The final command: “FOLLOW ME!” Basically he’s saying do not be concerned with what others are doing. Stay focused on my sheep & follow me!

After this conversation, on a private walk with Jesus, Peter still can’t let his nagging jealousy of John go. He glances back at John and says, “Lord, what about him?”.  If I had been Peter’s “coach”, in my controlling way, I would look Peter dead in the eyes, shake him by the shoulders and scream: “DON’T worry about JOHN!! Stop being envious of him. I’m with YOU right now. Listen to ME!”

“If I want him (John) to remain alive until I return, what is it to you? You must follow me.”

Jesus knew Peter was overly concerned with John’s status. Jesus needed to get Peter back on track. Instead of saying “stop being jealous”, He used the words, “follow me”. The heart of the problem…his faith. Believing Jesus worthy to be followed.

With my boys, I overcorrect and get worked up over every offense. I need to filter my reactions with the question: Is this cyclical or structural?

Since God knows the difference, and His Spirit is in me, I need to pray for the wisdom (James 1:5). Most experienced moms say their one regret is not praying enough. So in those moments of frustrations, I need to bow my head, still my heart, and pray for wisdom to know the difference between cyclical (“the things I cannot change”) & structural (“change the things I can”).