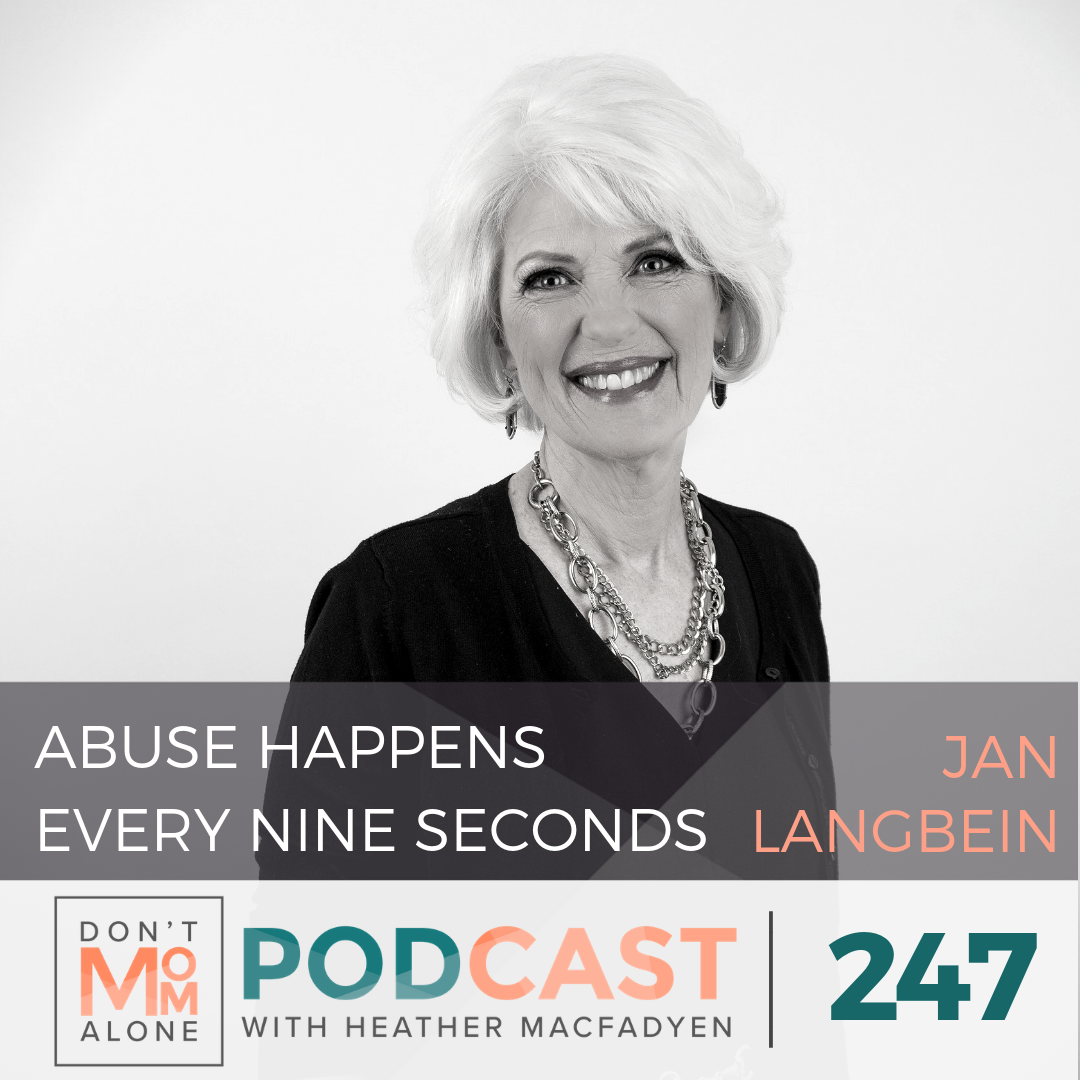 Every nine seconds a woman is assaulted in America. It’s the kind of staggering statistic that shocks you into silence. It can make you feel powerless to help.

When Jan Langbein first heard that statistic, it rocked her. She found an avenue to get involved with violence intervention and was eventually hired to run Genesis Women’s Shelter & Support in Dallas.

Now, she’s worked to end violence against women and children for more than 20 years. God’s plan for her was bigger than she ever dreamed. On the podcast, she shares from the wealth of what she’s learned about:

It’s very hard being friends and family of someone who’s being abused, because it’s as if they are overcome by smoke. We see the house burning down, but they’re tripping around in a house filled with smoke. So you say things like, you know what, when you are ready to talk about this, know that I’m going to be here for you. When you do feel like you ready for some resources, I’ll have them for you.

Warning: There are some very hard things to hear in this episode and some potentially triggering things if you’ve been in an abusive relationship of any kind.

I’m so thankful for Jan’s guidance and clarity on these hard topics. As believers, we’re called to press in to these uncomfortable places and be God’s hands and feet for women and children who are suffering. I pray you will listen with that in mind.

I think God hates divorce. I know he hates abuse even worse. I think this makes God cry that women are not allowed to live the fullest life. We can serve others, but that doesn’t mean at the risk of our own bodies and souls and our children’s lives.

What we chat about:

Congrats Kelsey you won the A-MOM-AZING giveaway! Check your email. 😉