How to Cast a Vision for your Challenging Child

Remember my son who has challenged us lately? (read more here)

I shared with a dear friend my fears of what he was going to become. Worried about what he would be like as an adult if he continued with his defiance. Extrapolating his future based on a few flaws.

She encouraged me. Instead of creating a “death sentence” based on the negative, why not cast a vision for what I hope him to become. Speak words of life.

This was a month ago. Since that time I’ve experimented with this concept & it’s been wonderful. I have cast small visions (daily interactions with his brother) and large visions (becoming an Olympic swimmer). Instead of dooming him to a future I project, I’ve opened his world to new possibilities.

I’ve written more on this topic over at the MOB (mothers of boys) Society. Check it out here: Cast a Vision for the Man He Can Become. 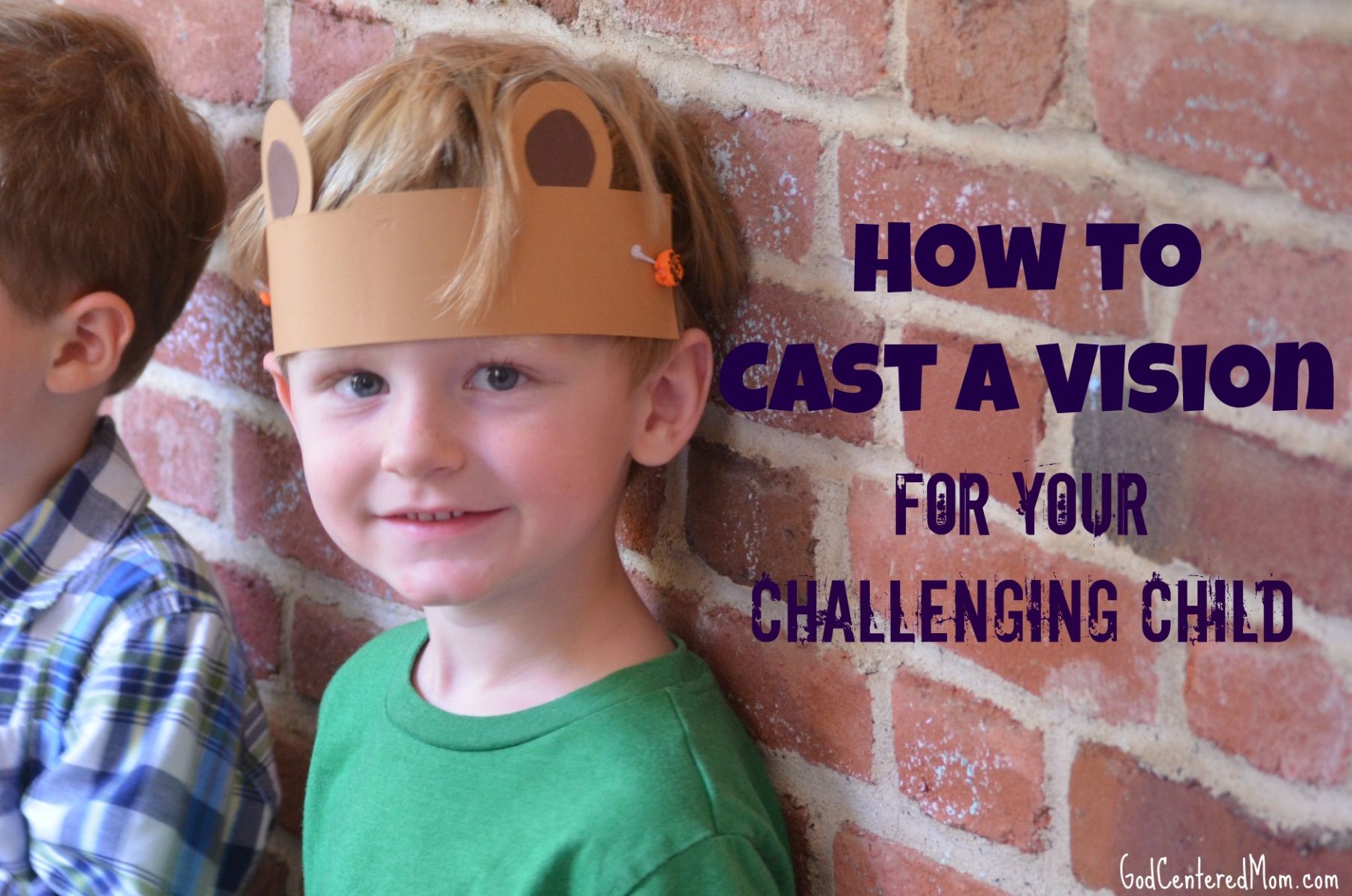 These are the steps I’ve found most effective to casting a vision:

Don’t assume the worst of your child (speaking to myself here!). Remember that he is on his way to becoming a godly man. It’s a trajectory. Just because he demonstrates selfishness, rebellion, anger, etc. doesn’t mean God can’t transform his heart over time.  We are all “in process”. Believe it or not, I still sin. 😉

2. Think about what you would like him to become

Instead of focusing on what you fear he will become, direct your thoughts towards the ideal. For instance, instead of dwelling on the graffiti-writing, hoodlum…picture in your mind the kind, thoughtful gentleman. Pray or seek guidance in Scripture regarding what God may have for his future. The visions I have “cast” for my son are based on truth. I’m not lying when I share how God has gifted him. Just highlighting it for him to see.

3. Keep your voice calm & communicate the vision with optimism

I struggle with using gentle words. For some a sweet, calm voice naturally oozes out of their mouths. Not me. I have to be intentional. I have to decide to stay calm & be optimistic.

When I just had one child, maybe even just two, I never had to “plan” to show affection.  Now it’s a different story. Sometimes my desire for peace & calm creates a frustrated tone in my interactions throughout the day. So I have to be intentional to hug & kiss my little ones…particularly the challenging ones.

5. Pray together for the vision

When you pray at night with your children speak the vision over them. For example: “Lord, I lift _____ up to you. Thank you for giving him the gift of generosity. Thank you for how he shares with those around him. May you use his gift to bring You glory.”

What vision can you cast for your child?

“May the God of hope fill you with all joy and peace in believing, so that by the power of the Holy Spirit you may abound in hope.” Romans 15:13