Honoring Him in Hollywood {meet the Lia Family}

Based on feedback I got from the “movie review” post I wrote last week, I felt some sort of follow-up was needed. I plan on writing more on this topic in the future. Today I wanted to share a family with you I “met” while listening to a podcast (Tricia Goyer’s “Living Inspired”). This husband-wife team started their own production company. I love their approach to engaging the Hollywood culture and going beyond that to create high-quality, faith-based culture. Introducing my new media heroes, Amber & Guy Lia… 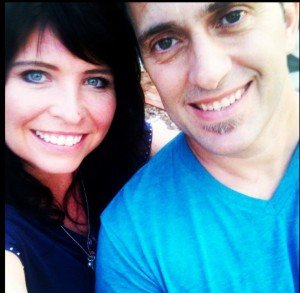 How did you end up in Hollywood?

I never set out with the goal of being a producer in Hollywood. Certainly not at this chapter in my life as a stay-at-home mom of three boys who are under the age of 6 (check out Amber’s blog: Mother of Knights. so fun finding other all boy moms!).

But when you know beyond a shadow of a doubt that God has called you to fulfill a role, you step into it and you follow. It started with my husband who worked in film and television production and development for many years and felt the urge to leave behind projects that tore at his conscience to go into marketing for a short time.

So we left our families and friends and took our kids to live on the Central Coast of California. But his heart never left Hollywood.

We had already been talking about what God wanted our family to do as a ministry what would be our true life calling. We felt a burning desire to do something “more” for God. And He showed up in real ways to point us in the direction of moving back to Los Angeles.

What are the goals of your production company?

But God used that time and the many wonderful people we met there to prepare us for starting our Television and Film Production Company, Storehouse Media Group.

We believed that the Lord was urging us to create “Entertainment We Want to Watch”, which is based on a Biblical World View. 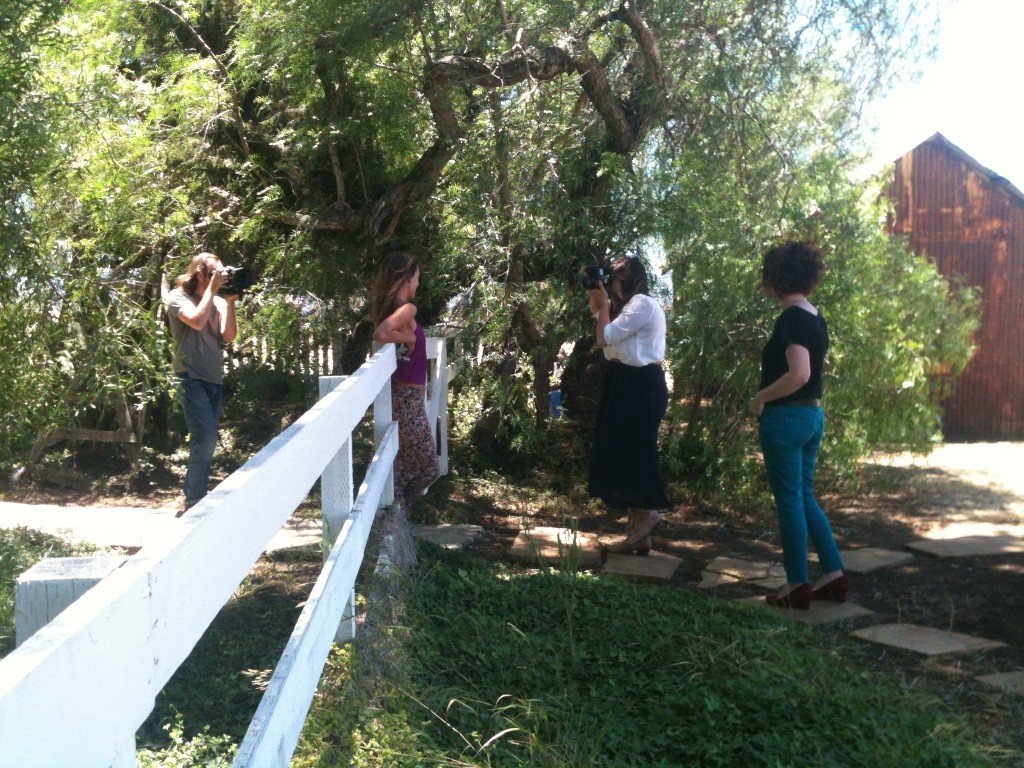 Much of the faith and family entertainment that is produced tends to be lower budget because the secular studios and executives are not currently willing to put bigger budgets towards these projects.

That is the major obstacle we face because for us, we want to engage those major networks and studios to put their dollars towards high quality projects with bigger budgets. We want our work to be excellent and our definition of excellence is anything that first honors God and inspires others. We want to create stories that are heroic and are a force for good in our world.

Hollywood may seem too far gone to most Christians. Something to shun. But we believe differently. I feel like that’s exactly where Jesus would show up today. He came to seek the lost, not the saved.

These faith steps find us in places like the massive lobbies of major networks and studios.

Can you share a story from your work in Hollywood?

Recently, Guy and I were pitching one of our projects, Life by Design with Lisa Leonard (an exciting announcement about this show coming soon-including some wonderful new additions to our cast! see a video clip here), to one such major network. 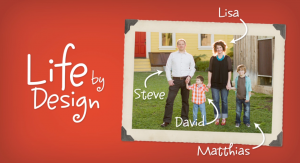 As we were waiting in the lobby, I couldn’t help but notice the bushy-haired man in spandex tights and very short shorts singing throughout the building. Richard Simmons was there with his entourage.

And then Charlie Sheen showed up.

There is never a dull moment and its times like that that I realize, we are not “of this world” but we are certainly in it. Would Jesus have taken one look at that ostentatious scene and turned up his nose? Or would He have approached them and offered Living Water?

The beauty of that particular day is that it summed up for us exactly what we are about.

We sat down in a large conference room with the network executive and made our presentation. We played what we call our “sizzle reel” of footage for him and then we spent the next hour talking about it. In Hollywood, to have an entire hour with an executive like that was marvelous.

He said to us, “I love this family, this project. It touched me. I already feel reminded of what I have to be thankful for. If I didn’t think you guys had something, I would have ushered you out of here within the first 15 minutes.” And we knew that.

What became even more amazing was the discussion Guy and I were able to have with him about faith audiences. He was largely uninformed about the massive market, despite the enormous box office success of faith and family-friendly films in recent years.

And that one sentence alone shot through us the encouragement we needed to keep breaking down the walls in television and film that prevent more faith and truly family friendly content. For us, as much as we believe the shows and films we are creating will shed a light for Christ that they will promote what is good, and true, and honorable, we believe that the testimony of our day to day interactions with people like this is our mission field.

The one man across from the conference table matters to us.

The attorneys who work for us and don’t hold our beliefs but they see our work ethic and our values for our company, matter to us. They hear us speak about why we want to showcase families that are intact-imperfect but striving to learn and grow in Christ.

We are shaping culture in this way. We know there is an audience hungry for truth and we are passionate about giving it to them. We know that there is a great cloud of witnesses watching what we do-and for Guy and me, the responsibility we feel to uphold that testimony is not lost on us.

What can we do to help you in this important ministry?

We definitely can’t do this alone. We are counting on the support and prayers of our brothers and sisters in Christ to pray, pray, pray for us.

There is a spiritual battle happening here. This undertaking can only be accomplished by God and we desire that He get every bit of the glory that He deserves.

We are just like everyone else out there who is stepping into God’s good plan for their lives.

We stay centered on God by recognizing our own human frailty, realizing that we don’t have to have it all together to be used by God, but that our absolute foundation has to be our desire to love God and love others. Period.

Loving them. Being transparent, imperfect, but satisfied in Christ alone, and waiting for the day when God looks into our faces that will most likely be face down before His glory, as He says to us, “Well done, my good and faithful servants.”

Don’t you love their story? Let’s encourage them with our prayers and our support.